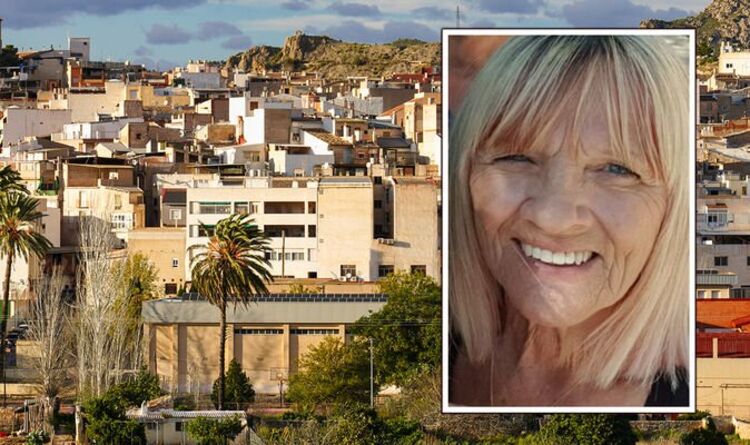 Linda House, 72, from Essex, does not have access to drinking water or a proper electricity supply at her home in the region of Murcia. The retiree is among 200 expats whose dreams of retiring in the Spanish sun were crushed by a building crisis that has rumbled on for 20 years. The pensioners’ properties are considered illegal under Spanish law because they were built without planning permission.

The unfortunate group claim they were assured by their builder and lawyers that their houses would be given legal status.

Murcia Town Hall did not respond to multiple requests for comment.

The illegal status of the properties means many of the group cannot access utilities, and are forced to rely on brown agricultural water, electricity generators and solar panels.

Linda, who upped sticks from England to Spain in 2003, has laid bare the struggle she and her neighbours face and warned other Britons against investing in Spanish real estate.

She told Express.co.uk: “We get on with our lives, but it is very depressing.

“Even if your house is legal, there have been situations where properties were legal for a number of years, then the Town Hall Government changed and decided that they shouldn’t have been legal and made them illegal.

“It’s a crazy country. They’re crazy. And the UK is not interested in expats whatsoever.”

When Linda and her late husband Vic moved into their property, they were initially supplied electricity by a large provider.

British retiree Keith Willis, 71, from Windsor, who used to work at Heathrow Airport, lives nearby with his partner Pat.

The pensioner, who has been in Spain for 21 years, is also still waiting for his house to be granted legal status.

Asked what he wanted to happen, he told Express.co.uk: “Getting fresh water that we can actually drink or cook with.

“Because the water now being agricultural water, you can’t do much with it at all really.

“It comes out of the taps brown most of the time. So, fresh water will be the main thing.”

The expats’ difficult situation was explained by Spanish lawyer, Gerardo Vasquez, who is aware of their battle with the Town Hall for their homes to be granted legal status.

He told Express.co.uk: “To get access to utilities you need what is called a Licence of First Occupation, which is a document given by the Administration to say the house has been built with planning permission.”

He added: “Therefore, it can be used, and you can connect to services like electricity and water, but those houses don’t seem to have that.”

A Foreign Office spokesperson told Express.co.uk: “We closely engage with the Spanish government and regional governments on matters relating to UK nationals’ rights.

“We encourage any UK national in need of consular assistance to get in touch with their nearest embassy / consulate or call the 24/7 phone line for support.”