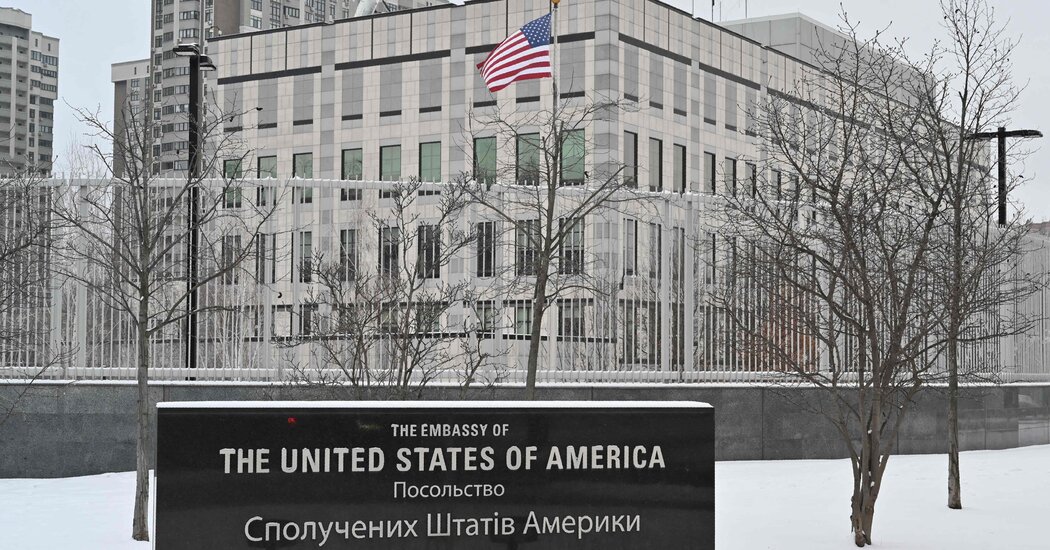 Some diplomats and experts speculated that the White House had little appetite for a Senate confirmation hearing that could devolve into a debate about Nord Stream 2, a natural gas pipeline between Russia and Germany that members of both parties have criticized Mr. Biden for not opposing more vigorously. Republicans might also use a confirmation hearing to dredge up the past business activities in Ukraine of Mr. Biden’s son, Hunter, although one Senate Republican official said he was aware of no plans to do so.

Also unclear is why Ukraine might not have immediately signed off on Ms. Brink, a Foreign Service officer for more than two decades who has been posted in two other former Soviet republics, Uzbekistan and Georgia.

Mr. Zelensky’s office has consolidated much of its foreign policy activity with his chief of staff, Andriy Yermak, who speaks regularly to Mr. Biden’s national security adviser, Jake Sullivan, in what has become the center of gravity of the U.S.-Ukrainian relationship. It is possible the Ukrainians prefer to keep it that way.

And then there is the memory of the Trump years, and the dismissal of Ms. Yovanovitch. In the events leading to his impeachment, Mr. Trump, hoping to damage Mr. Biden before the 2020 election, leveraged U.S. military aid to pressure Mr. Zelensky to investigate Hunter Biden’s work for a Ukrainian energy company, according to testimony during the impeachment hearings.

In April 2019, Mr. Trump’s personal lawyer Rudolph W. Giuliani persuaded the president to remove Ms. Yovanovitch from the position after she opposed Mr. Giuliani’s efforts there to dig up dirt on Hunter Biden. (No evidence of wrongdoing was found on the part of Hunter Biden or his father. Mr. Trump denied doing anything improper and was acquitted in his Senate trial.)

In a reminder that the position can get tangled in Ukraine’s contentious domestic politics, some Ukrainian officials encouraged Mr. Giuliani’s opposition to Ms. Yovanovitch because her focus on anti-corruption initiatives threatened their interests. The country’s top prosecutor at the time, Yuriy Lutsenko, referred to Ms. Yovanovitch in a text message to an associate as an “idiot,” according to evidence released during the impeachment proceedings.