Ethical Today Ethical Today is your news, entertainment, lifestyle website.
Home Sports Kevin Durant did EVERYTHING to avoid picking James Harden in the All Star game 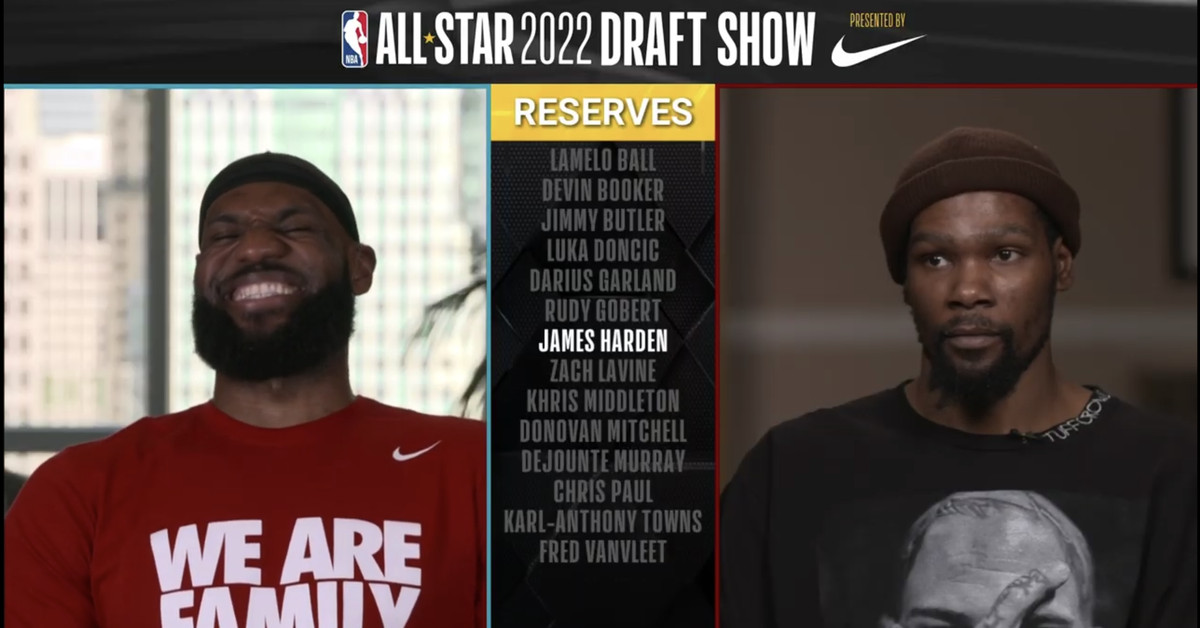 We’re used to seeing NBA All Star captains pick their regular season teammates in a show of unity and solidarity, but Thursday night was something else. Just hours removed from James Harden being traded to the 76ers, LeBron James and Kevin Durant were picking their teams live on TNT — and with only two players left on the board, things got hilarious.

There’s no love lost between the former Nets teammates after Harden forced his way to Philadelphia. That said, it was beyond hilarious to see Durant offering a straight-faced justification of picking Utah center Rudy Gobert over Harden.

“Imma need some size for sure. I’m gonna need some size, and some defense in the interior — especially with Giannis and LeBron James playing great basketball this year. I need somebody to offset that, so I’m gonna go with Rudy Gobert.”

As soon as Durant mentioned needing size, LeBron lost it. Hiding his face behind a clipboard to mask his laughter, everyone on the set was busting up over Durant so obviously avoiding a guy who turned his back on the Nets. This really wasn’t a knock on Gobert, obviously he’s played like an All Star this season, but no offense, he’s no James Harden.

The jokes didn’t stop there. The Inside the NBA desk mockingly applauded Durant’s pick, saying “you can’t let them just run through the lanes,” in an All Star game that routinely has no defense and is just a trick play showcase.

Durant’s stone-faced stoicism could only last so long, as LeBron asked whether Harden was healthy after missing three games due to “injury,” which had kind of become an excuse while he demanded a trade. Without missing a beat Charles Barkley added “he got traded, he’s healthy now!” with Durant finally cracking a smile and laughing at the moment.

This was unquestionably the funniest part of the NBA All Star selection show, and if you’re curious how it all played out, here are the final rosters.