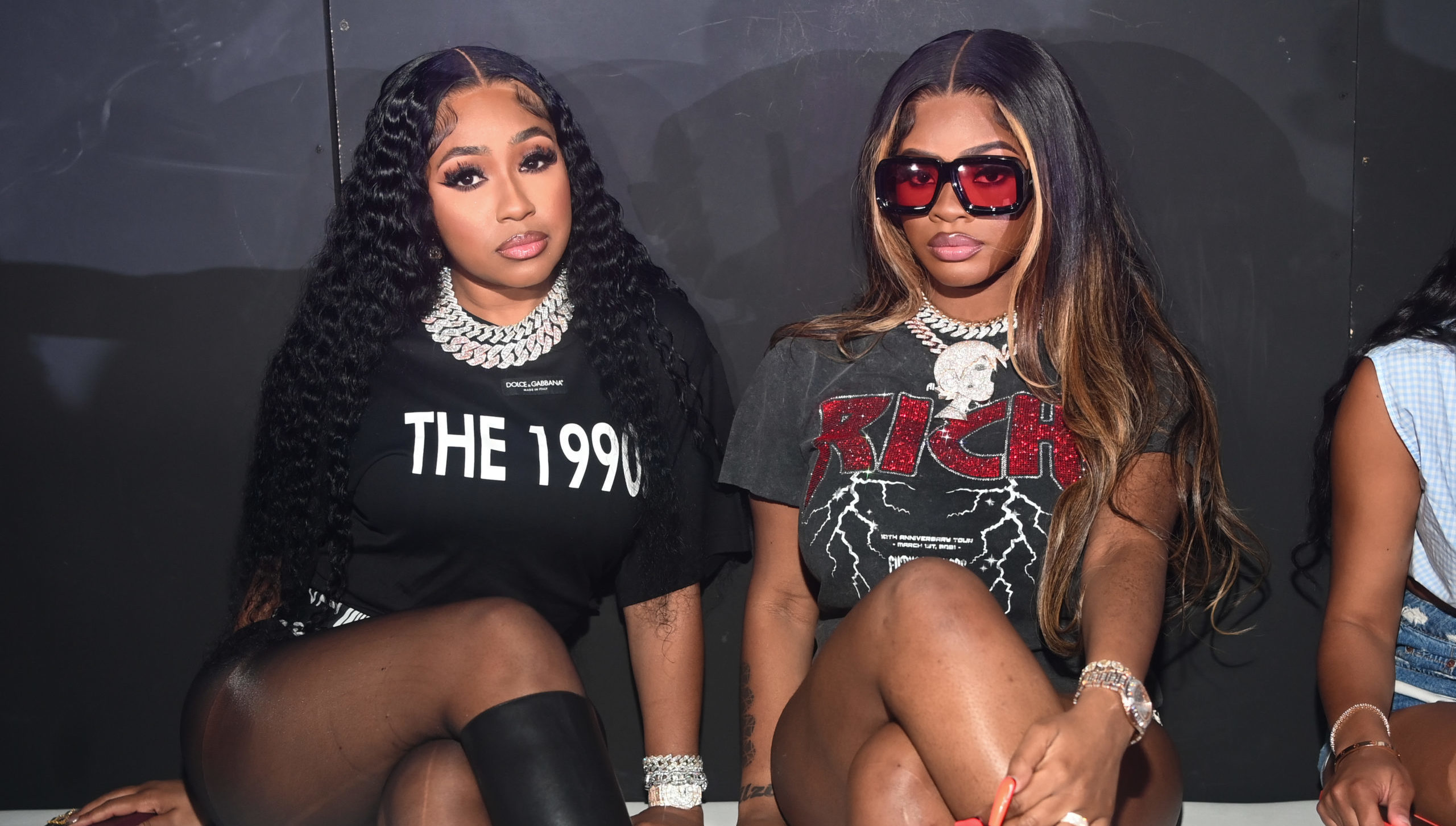 “Go, girl, it’s your birthday!” Yung Miami doesn’t play any games when it’s time to celebrate her special day. The rapper and mother held a ‘Yung Miami Nights’ pre-birthday bash last week, and it was a star-studded event where friends and family surrounded her. The ‘Act Up’ rapper looked great in a sparkling Prada body con dress and pink hair!

Today is Miami’s actual birthday, and all folks continue to watch how she celebrates with some of her closest friends and to see if her rumored boo, Diddy pops out. Yesterday, Miami and her crew arrived in the British Virgin Islands, and Diddy was standing right next to her. It’s unclear who captured the moment of them arriving at what appeared to be an airport, but one of the Roommates gave us the tea and said the video circulated through the islands through the popular app WhatsApp.

While she hasn’t posted any photos or videos with Diddy, she did let us in on a special moment. The other half of the City Girls, JT surprised her and made an appearance putting the comments to rest that she never attends Miami’s birthday gatherings.

JT shared a video beside her bestie on the ‘gram writing, “Happy birthday to my baby. I love you! Words couldn’t explain! We’ve grown so much into (ourselves) that ppl just don’t get it! But you know what’s up with us, CITY GIRLS 4L!!! Ps. she thought I wasn’t coming. I popped up, my lil baby 2888888.”

Although JT being on the island should’ve ended the speculation, she hopped on Twitter to clarify for people that were wondering about her status with the law. “I’ve been off probation. LOL, y’all have to read to comprehend. I said the previous trips I couldn’t make it and that it was not her birthday yet,” she tweeted.

Roommates, do you think JT owed people a response?